A Piece of the Paw’s Past 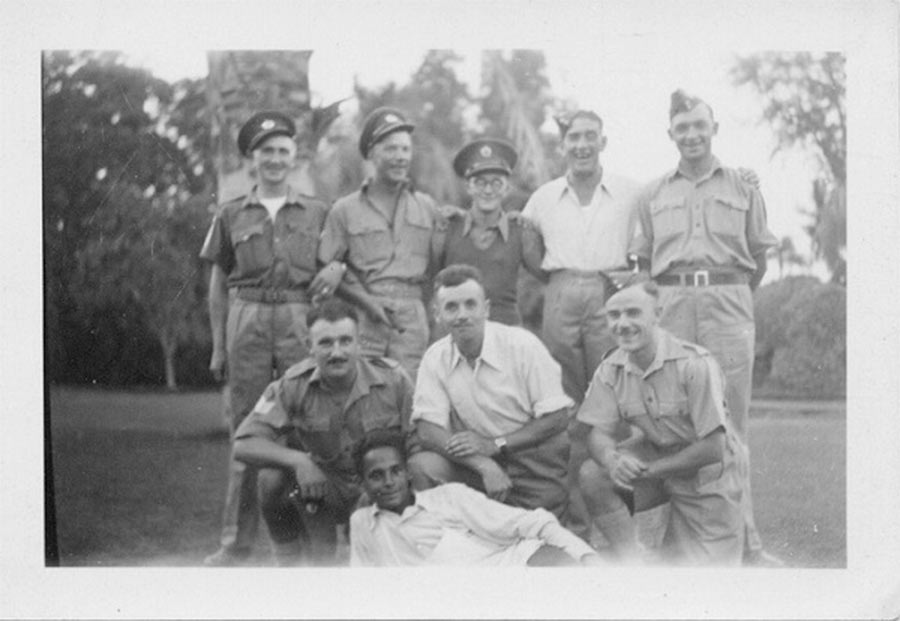 We were recently contacted by a gentleman named Andrew Morton, whom amongst his late father’s effects uncovered a lovely and fascinating piece of Bear’s Paw history.

This little taster of our past was an evening menu from The Bear’s Paw – dating all the way back to the Second World War! The menu is a fond reminder of food from the era, featuring dishes such as Petite Marmite and Tournedos Dubarry.

Andrew says; “At first I assumed that the Bear’s Paw was a regimental crest and unit nickname as it was among my father’s 8th Army stuff but when I Googled it I kept coming up with your entry!”

Andrew’s father, John St Clair Peebles Morton (otherwise known more fondly as ‘Jack Morton’) passed away sixteen years ago.  Originally an Edinburgh man, Jack was part of the Territorial Army Royal Engineers. He volunteered for the regulars just before war started and was first posted to Inchkeith in command of a searchlight battery.

Andrew explains; “Inchkeith, which can be seen from where I now live in Musselburgh, is an island in the Forth which was a vital part of the defences of Rosyth dockyard and housed naval and anti-aircraft guns together with the searchlight battery. The first German air raid of the war in 1939 was on Rosyth and the batteries were shooting at the German bombers. My father had a grandstand view as it was a daylight raid and he often used to talk about it to me.”

In 1940, Jack was posted for training to Salisbury Plain and then sent to Liverpool awaiting embarkation for Egypt. It is during this time, we think that he visited The Bear’s Paw for a pre embarkation dinner with his comrades. Jack kept the menu as a keepsake during his travels, and each of his brothers in arms signed it with their name.

We’re delighted Andrew got in touch to share this touching piece of the Paw’s past with us! Take a look at the menu below