July’s Brewery of the Month 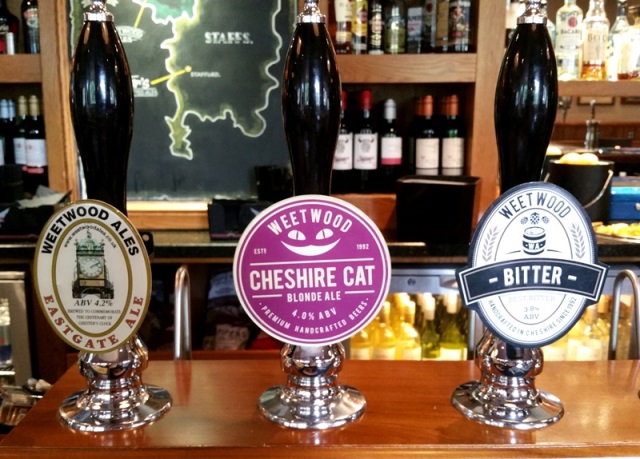 Weetwood Ales was established in 1992 by Adrian Slater and Roger Langford in a barn on Roger’s farm in the tiny hamlet of Weetwood, close to Tarporley in Cheshire. They joined a small number of brewers taking up the fight to breathe life back into traditional, British cask ale. They brewed the first beers on a 5-barrel plant and they were an immediate hit with beer lovers and local pubs, with whom Weetwood’s enduring reputation for consistency and quality was quickly built.

Over time, demand grew, entirely through word-of-mouth, and the range was expanded. More and more brewing capacity was added, a talented team of people was built up and interest in beer exploded.

4.2% Golden Ale
Brewed for the centenary of Chester’s famous Eastgate clock. A Champion Beer of Cheshire, brewed exclusively with whole leaf cascade hops for a fruity foretaste and distinctly hoppy flavour. Has a long sweet finish.

3.9% Red-Brown Ale
A great session beer, brewed with Amarillo hops from the USA to give spicy and floral character.

3.6% New World Pale Ale
A flavoursome, hoppy beer at a very ‘sessionable’ ABV. Pale golden with a great aroma and freshness from the pine and lemony characteristics of the New Zealand hops. The brewers have packed in plenty of character and layers of flavour, rare in a 3.6% beer.

Find out more by visiting their website at www.weetwoodales.co.uk.