June’s Brewery of the Month 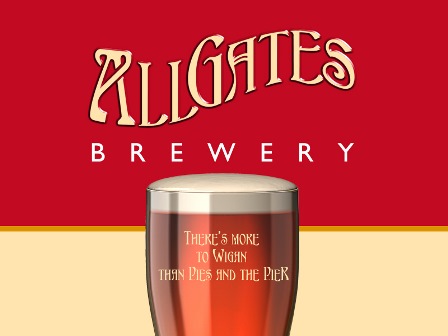 For June we have chosen Wigan based micro-brewery AllGates as our Brewery of the Month.

The inspiration behind their award-winning range of beers comes from both the strong industrial heritage of Wigan and a forward-thinking imagination. AllGates have created modern and exciting ales based on traditional cask methods but with the additional flavour of New World hops. The result? Beers with a true Northern soul. Their full range includes modern pale ales, IPAs, lager and Russian Imperial Stouts.

All their beers are mashed together by hand using only the finest ingredients. – including Maris Otter malt for extra depth and flavour and a variety of hops sourced from around the world.

To quote them directly – “AllGates brew the sort of beer we like to drink. We brew distinctive modern beers. Our beers are full of flavour, handmade, bold and personal and brewed by people who love their beer”.

We’ll be showcasing a selection of their fantastic ales throughout June.

Following the release of the government roadmap out of national lockdown, we are delighted to confirm that The Bear’s Paw will begin a phased reopening of its facilities and services from Monday 12th April. From this date, outdoor dining and accommodation for essential purposes only will be offered.

If your query is not answered by our FAQ or is of a more urgent nature, please email our central reservations office at our head property via reservations@grosvenorpulfordhotel.co.uk but please explain that your query is relating to The Bear’s Paw. We kindly ask that you allow up to 5 days for a response whilst we operate with a very limited team during our closure.